A VPN works by routing your device’s internet connection through your chosen VPN’s private server rather than your internet service provider (ISP) so that when your data is transmitted to the internet, it comes from the VPN rather than your computer. The VPN acts as an intermediary of sorts as you connect to the internet, thereby hiding your IP address – the string of numbers your ISP assigns your device – and protecting your identity. Furthermore, if your data is somehow intercepted, it will be unreadable until it reaches its final destination.

A VPN creates a private “tunnel” from your device to the internet and hides your vital data through something that is known as encryption. 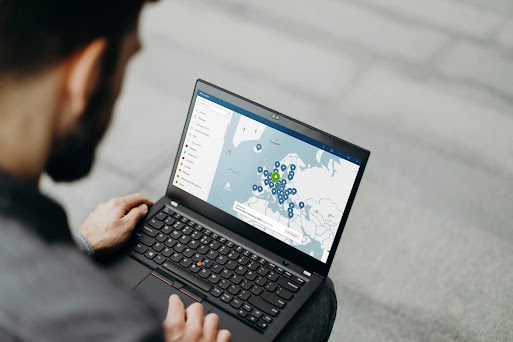 The basics of VPN encryption

Encryption is the term used to describe how your data is kept private when using a VPN.
Encryption hides information in such a way (basically transforming it to gibberish) that it cannot be read without a very strong password, which is known as a key. This key essentially breaks the complicated code that your data has been turned into. Only your computer and the VPN server know this key. The process of decoding your data is known as decryption, which is the process of making encrypted information readable again through the application of the key.
As an everyday example, when you enter your credit card details into a shopping website, that information is encrypted and rendered unreadable until it reaches its end destination.
Different VPN services use different kinds of encryption processes, but put simply, the VPN encryption process goes something like this:
How effectively your data is encrypted is dependent on the protocols of your VPN provider’s encryption mechanism, which we will talk more about later.

NordVPN
Protect your privacy and enjoy secure, fast and anonymous browsing. Stream securely no matter where you are. 30 Days Money Back Guarantee.

Here are the Benefits and Importance of VPN for You